Mesut Özil’s agent has insisted that the former Germany international will remain at Arsenal for the remainder of his contract despite claims that the midfielder could be moved on to free up space on the club’s wage bill.

The former Real Madrid star put pen to paper on a new long-term deal last year which saw him become Arsenal’s top earner, pocketing a reported £350k per week as part of his latest extension. 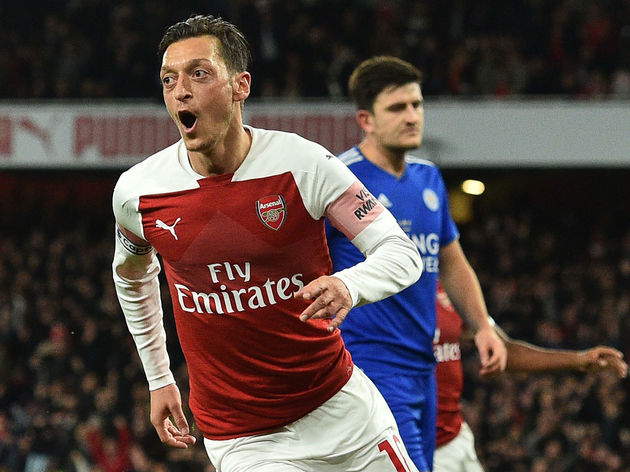 Arsenal are believed to be keen on the idea of moving Özil on at the end of the season, but his agent Dr Erkut Sogut insists that the midfielder “bleeds Arsenal red” and will see out the remainder of his contract at Emirates Stadium.

ALSO READ:  Why you should drink water first thing in the Morning

“Rumours will always persist, there is no doubt about that,” Sogut said, quoted by The Express. “But one thing I can guarantee is Mesut’s loyalty. His mind is focused on Arsenal, and “Mesut bleeds Arsenal red, and respecting his contract is a certainty. He’ll be staying at Arsenal until at least 2021, and the fans need not to worry about the gossip that may come this summer. He has found a place he feels welcome and believes he has a lot more to give.”

If Arsenal persists on trying to find Özil a new club next season, their biggest stumbling block will prove to be convincing them to match the midfielder’s current wages.

It’s been suggested that they’re also facing a similar problem over Henrikh Mkhitaryan’s future as the club would rather shift the Armenian out to make room for some of their returning youngsters like Reiss Nelson and Emile Smith Rowe.

Dogs are a common, noticeable, and visible part of many END_OF_DOCUMENT_TOKEN_TO_BE_REPLACED More

What’s the least religious country in the world?. Here are END_OF_DOCUMENT_TOKEN_TO_BE_REPLACED More