Manchester City will have to break the world record £75m fee for a defender if they are to sign Leicester City’s Harry Maguire this summer.

The record was set in January 2018 when Liverpool purchased Virgil van Dijk, and Pep Guardiola’s side will have to top that if they are to sign Maguire – with the Foxes not willing to sell the England international for less than £90m. The Sun report that Guardiola was suitably impressed by the Leicester centre-half when the two sides met at the Etihad Stadium at the beginning of May, and has now decided he wants to add him to his expensively-assembled squad.

ALSO READ:  REVEALED: Why Prince Philip’s will to be kept secret for 90 years

The 48-year-old is desperate to sign a replacement for the departing City captain Vincent Kompany – who has agreed to join Anderlecht on a three-year deal as the Belgian side’s player-manager – during the upcoming transfer window and Maguire is seen as a good candidate to take Kompany’s place in the side. The 6’3 defender has the physical and technical attributes required to succeed under the Spanish coach and, after coming through the ranks at Sheffield United, he also has the added benefit of helping to improve the club’s homegrown quota.

ALSO READ:  Drama as Police Officer is Arrested For Tearing Apart And Throwing Into The River a BBI Signature Book

While the transfer fee seems incredibly high, Leicester have no compulsion to sell the England international, and appear happy to request such a large sum in the hope that the Premier League champions pull out of the deal, enabling Maguire to stay at the King Power Stadium. 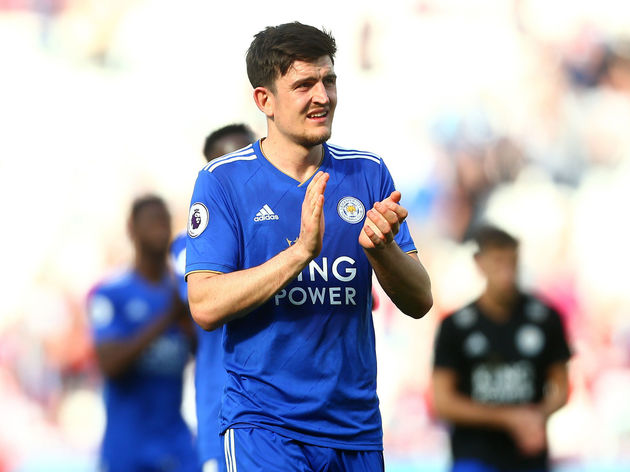 The 26-year-old has four years remaining on his contract and manager Brendan Rodgers has already expressed his desire to see the former Hull City man remain at the club.

Maguire has enjoyed an impressive rise to prominence in the last couple of seasons since joining Leicester in the summer of 2017 for £17m, with his form for the Foxes earning him 18 England caps and making him one of the most sought-after defenders in world football.

Dogs are a common, noticeable, and visible part of many END_OF_DOCUMENT_TOKEN_TO_BE_REPLACED More

What’s the least religious country in the world?. Here are END_OF_DOCUMENT_TOKEN_TO_BE_REPLACED More