By Correspondent On Jul 16, 2019
3
Share
UK Prime MInister,Theresa May doesn’t appear to be too bothered about leaving the highest office in the country despite having little more than a week left of her premiership.She was filmed dancing the night away at a festival this weekend.
Related Posts

American Televangelist urges Christians to continue tithing even if…

South Africa Considers going into a lockdown for 21-days over…

The 62-year-old was attending Henley Festival, Oxfordshire, alongside her husband Phil – a strictly black tie event, where, according to the official site, ‘art and gastronomy share equal billing with music’.

And the Tory politician was clearly loving the tunes, especially ABBA’s ‘Dancing Queen’, as she was spotted in one of the stands doing the old two-step shuffle and waving her hands from side to side.

Posting the short clip to Twitter, fellow reveller Jeremy Cuthbert said: “If anyone deserves to let their hair down it’s ⁦⁦@theresa_may⁩ Took on the impossible job out of duty not power trip and couldn’t have put in more effort.”

Some users were pretty impressed with the politician’s moves.

One person commented: “Flippin love her.”

It’s not the first time we’ve seen dance moves like this. Credit: PA

Another added: “Okay this is everything.”

Not everyone was so impressed, however, with one person calling it ‘utter drivel’. Can’t please everyone, can you?

Now, of course, isn’t the first time the Mrs May has delighted fans with her, let’s say, unique style of dancing.

None of us can forget her shuffling onto the stage at last year’s Tory Party Conference to the exact same 70s disco hit.

But this was just a tongue-in-cheek reference to her visit to the ID Mkhize Senior Secondary in Gugulethu, Cape Town, just a couple of months earlier when she was filmed dancing with students. 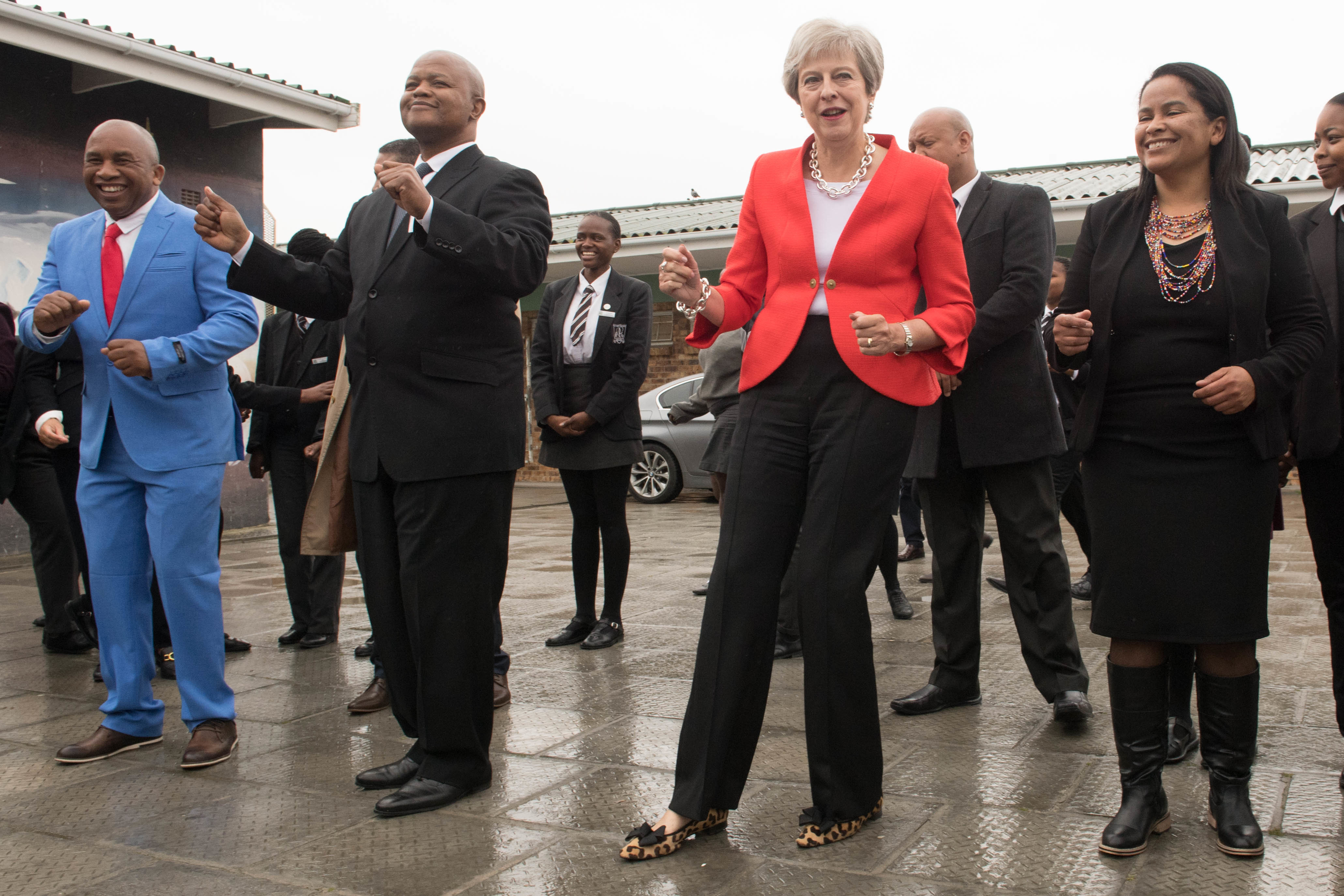 Not by a long way. Credit: PA

At the time, it didn’t take long for clips to start doing the rounds on social media, with most going with the old ‘Maybot’ dig.

“I think someone forgot to oil her?” someone else said.

After three years in office, Mrs May will leave Downing Street in ten days time. In a farewell video published last week, she said she had ‘sacrificed her job’ for Brexit and had ‘done everything she could to get a deal’.

But while it may not have worked out for her as the leader of the country, we’ll always have ABBA.

How Esther Timberlake Arunga problems started that has led her to be jailed for 25 years.

South Africa Considers going into a lockdown for 21-days over Coronavirus.