​Italy has suspended all sporting events until 3 April in order to prevent the spread of the coronavirus, a move that will see Serie A halted for almost a month.

The country has been one of the worst affected by the disease, with 16 million people currently quarantined.

After a week of heavy fixture cancellation, Serie A returned at the weekend, with fixtures being played behind closed doors due to restrictions surrounding mass gatherings. 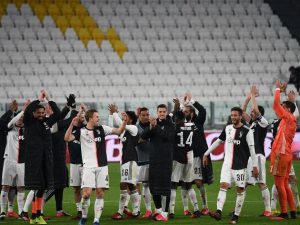 The Italian government had ordered all games to be played in empty stadiums for the next month, however the ​Italian National Olympic Committee (CONI) has now announced a complete suspension of all sporting activities in the country until 3 April, for which it has requested a government decree to impose it.

Vincenzo Spadafora, Italy’s sports minister, said he was hopeful that could be signed on Tuesday, according to ​AP.

However, as the CONI has no authority over any international competitions, the suspension does not apply to Champions League and Europa League fixtures played in Italy.

Therefore, Juventus’ second leg of their Champions League tie against Lyon at the Allianz Stadium next week will still go ahead, and Atalanta will still travel to Valencia for their last 16 tie on Tuesday. 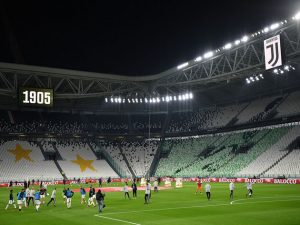 Similarly, on Thursday Inter will still host Getafe in the Europa League on Thursday, and Roma will visit Sevilla.

The Serie A schedule pauses with Juventus currently at the league summit following their 2-0 victory over title rivals Inter at the weekend.

Antonio Conte’s side are now nine points behind Juve, with Lazio the nearest challengers at the top. They sit one point off the top of the table, and have not lost in the league since November. 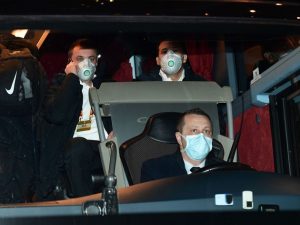 The news from Italy comes after England’s ​friendlies against Italy and Denmark at the end of March were ​thrown into doubt due to the coronavirus.

The Premier League are currently making preparations in case the UK government step in due to the concerns about the spreading of the disease.

A ​meeting between sports governing bodies, broadcasters and the Department of Digital, Culture, Media and Sport has taken place to discuss the logistics of hosting games behind closed doors, and broadcasting all games on television should coronavirus worsen in the UK.