What purpose, if any, do we serve here on Earth? Why are we here? These are some of the oldest questions of humanity. While science explains the ‘how-s’ of life, it is happy to leave its ‘why-s’ to other disciplines to address.

The other branches of human knowledge ~ metaphysics, theology, psychology, history, sociology, etc. ~ do attempt to answer these questions from their own perspectives, answers which are remarkable not only for their divergence and also for the infinity of paradoxes and contradictions that they create.

For some people, life may be all about having a family and to go on living till death, while for some others, it is all about accumulating wealth. Some live this life for an eternal afterlife without having any idea about the purpose of such an afterlife.

The meaning of life may be diverse for different people; it could be the pursuit of either knowledge or religion, or art or love. To Aristotle, “Happiness is the meaning and the purpose of life, the whole aim and end of human existence”; to Camus, it is the absurdity of the human condition that we search for meaning in a world which has none. Nietzsche believed that the question itself was meaningless, while Plato defined man as ‘A being in search of meaning.’

The philosopher Richard Taylor said in his 1970 book, Good and Evil. The question of the meaning of our life is also closely associated with the existence of life elsewhere in the Universe. Indeed, if life exists elsewhere, then our life may not just be happenstance as it is believed; we then become part of a larger whole.

It is very much likely that life exists in the millions of planets in the goldilocks zones within galaxies scattered across the Universe where water can remain in the liquid form, a condition believed to be essential for the existence of life as we know it. However, so far the Earth has been home to the only life known to us.

Talking about his experiences in Auschwitz, Frankl observed that a prisoner passed through three stages ~ shock after arrival, followed by apathy and emotional death, and then disillusionment with life, even if he manages to survive and see freedom.

Frankl says that a man can survive anything only if he has found a meaning for living, which is his deepest desire. Apathy towards life arises from the feeling of being doomed, from being unable to control the circumstances in any way.

ALSO READ:  Prophet David Owuor responds to claims his driver died after seeing him praying to a snake (opinion)

Frankl says that a man can still choose his attitude even in the worst of suffering, and thereby derive a meaning for his life. He survived three years at Auschwitz by thinking about what he would do after the camp ~ to inform the world about the survival strategies and help others to live in the face of crises. He says a man can find meaning either through work, love or suffering; the image of his wife indeed helped him in his most difficult times. The question about the meaning of life is something that had bothered each one of us at some point in time.

Following God’s commands is the only meaning of an individual’s life so that on the great Judgment Day, each is punished or rewarded according to their deeds on earth.

A similar story is also provided by Nationalism which commands that one’s life gets meaning by contributing to fulfilling the destiny of one’s nation and by advancing its interests in all situations, even when it harms the people of other nations. Communism ordains that the mission of one’s life is to advance the cause of revolution and establish the dictatorship of the proletariat, while Fascism directs every citizen to believe that his nation is superior to every other nation and its interests are supreme to every other consideration including the wellbeing of the individual himself.

ALSO READ:  8 questions you need to ask at your next job interview

These are all stories and they derive their power by giving the individual a role to play and hence imparts an identity; and also by embedding the individual into a timeless cosmic eternity, something bigger than himself which he cannot fathom. All these stories have serious shortcomings. Nation, God or religion are all artificial constructs invented by humans; the world was not created with any of these entities. The circular theory does not convincingly explain why one has to be reborn endlessly and pass through the same lifecycles in order to fulfil an amorphous cosmic drama whose features remain unknown.

Certainly, eternity also is a vague concept, Humans are not destined to live for eternity either, we do not even know if humanity will survive another 50,000 years. Linear theory does not explain either why people have to strive in life for some reward in afterlife whose features are equally unknown. 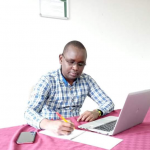 Mr. Philip Ilete, the author and HR expert by profession is based in Turkana County.